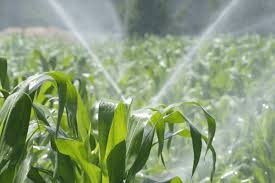 USAID LAUNCHES WATER FOR AGRICULTURE
By: Uche William
The need for all hands to be on deck to ending violent water competition between herders and farmers has been stressed.
Stakeholders at the launch of water for agriculture by the US Agency for International Development, USAID in Abuja called for collaborative efforts for food sustainability.
USAID awarded the three year eight million dollars Cooperative Agreement to the Catholic Relief Services, CRS.
The agreement which is expected to boost the livelihood of crop and livestock farmers in the conflict affected northeast states of Borno, Adamawa and Yobe by improving their water supply, will also improve the capacity of local governments and communities to govern and manage water infrastructure and resources in the region.
Addressing the assemblage, the USAID Mission Director, Stephen M. Haykin, said the launch will contribute to the Agency’s promotion of agriculture-led economic growth to improve resilience and nutrition and stronger governance of the water and sanitation sector.
He said the project will play a critical role in USAID’s strategy to develop new and sustainable water sources in rural communities where displaced populations are returning.
In a speech Prof. Murtala Sagagi of the Federal ministry of agriculture and Engr. Garba Bello of the ministry of water resources, harped on the need for a synergy that will change the narrative and make Nigeria farmers enjoy the fruits of their labour like just like their counterparts all over the world
The CRS Deputy Country Representative, programmes, Dane Fredenburg, and the CRS Chief of party, Ekramul Kabir, said the water for agriculture, which will reach at least four thousand small holder farmers and fifty thousand livestock herders by constructing new earth Sam’s and systems for crop production and livestock watering will also help mitigate conflicts between farmers and herders.
The implementing agency, CRS, will partner other agencies including the federation of Muslim Women’s Associations in Nigeria, Search for Common Grounds among others to actualise the project.